Viscosity Through Thick and Thin

Viscosity is a measure of a liquid’s resistance to flow. And you don’t need to work in a laboratory to observe this. Anyone who’s spent any time in the kitchen has observed a variety of liquids with a wide variety of viscosities. 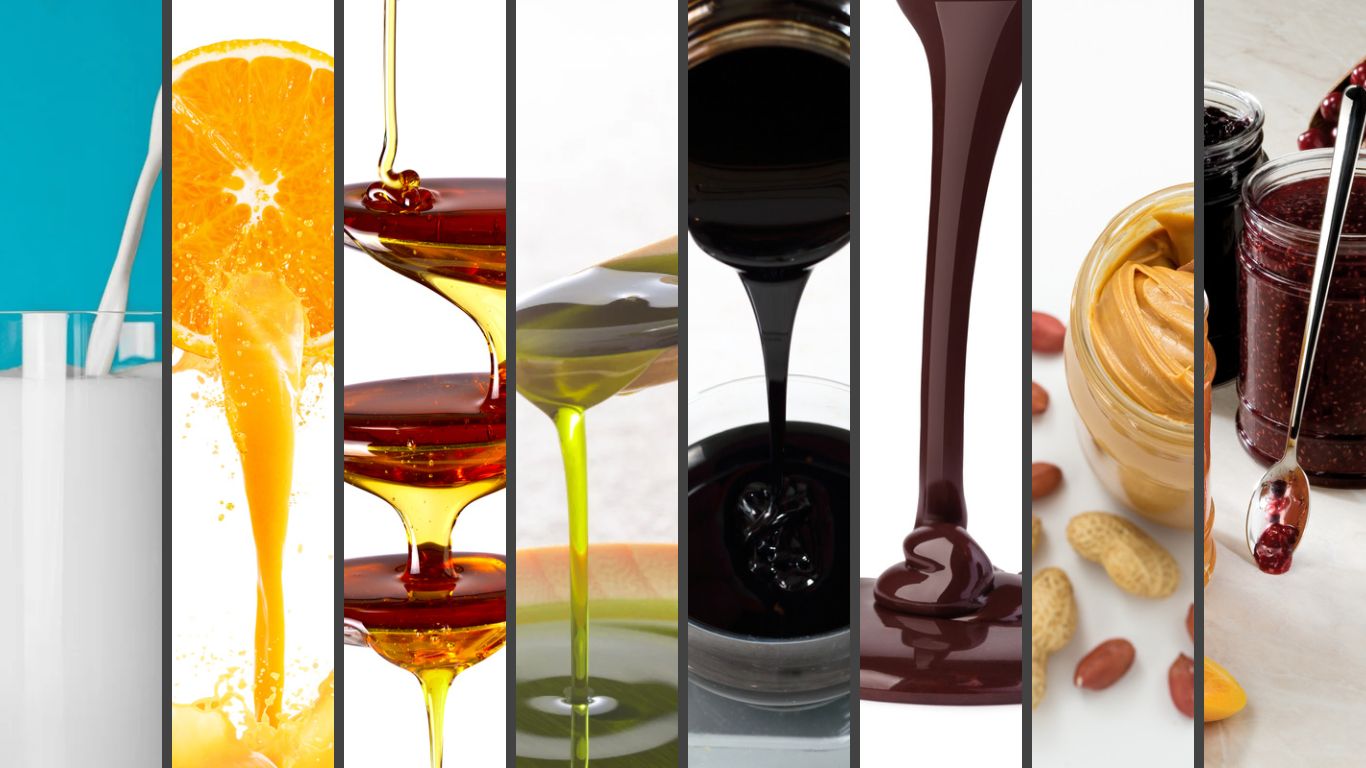 Perhaps the most important distinction between solids and liquids (at least from our pump manufacturer point of view) is “can it be moved with a pump?”. The answer is yes to the full list above, but the key is knowing, beyond a general description of “viscous”, what the liquid’s viscosity actually is.

Units of Viscosity and Measurement

The terms I used above are very subjective. As an example, if you were to ask me if I’m tall, I’d say yes. But if I were to step onto the court at a professional basketball game, you’d be more accurate to describe me as short. The same is true of viscosity. For customers handling mostly thin liquids like water, vegetable oil would be considered a viscous liquid. At a chocolate manufacturer, they consider vegetable oil to be a thin liquid. Without measurement and quantification, viscosity is relative.

One of the easiest tests was already described above…the pour test. In its simplest form this can be pouring out two identical volumes of liquid, one of known viscosity, and one to be measured. If their viscosities are similar, then the pour times will be similar. A similar method would be to drop a marble or metal ball into the fluid and time how long it takes to flow through the liquid. In this case it’s important that the ball be of the same size/weight and the containers be of the same size, giving the liquid the same area to flow around the ball as it descends.

Conversion between the two is very easy using the following equation:

Let’s look at a few of the most common examples of each type of viscometer.

But what if you don’t have access to a viscometer? There are a couple of methods to estimate a liquid’s viscosity.

This is a fairly subjective method and just a very rough estimate of a liquid’s viscosity, but descriptions like this can help to better define the viscosity of a liquid rather than using vague terms like “thick” or “heavy”. 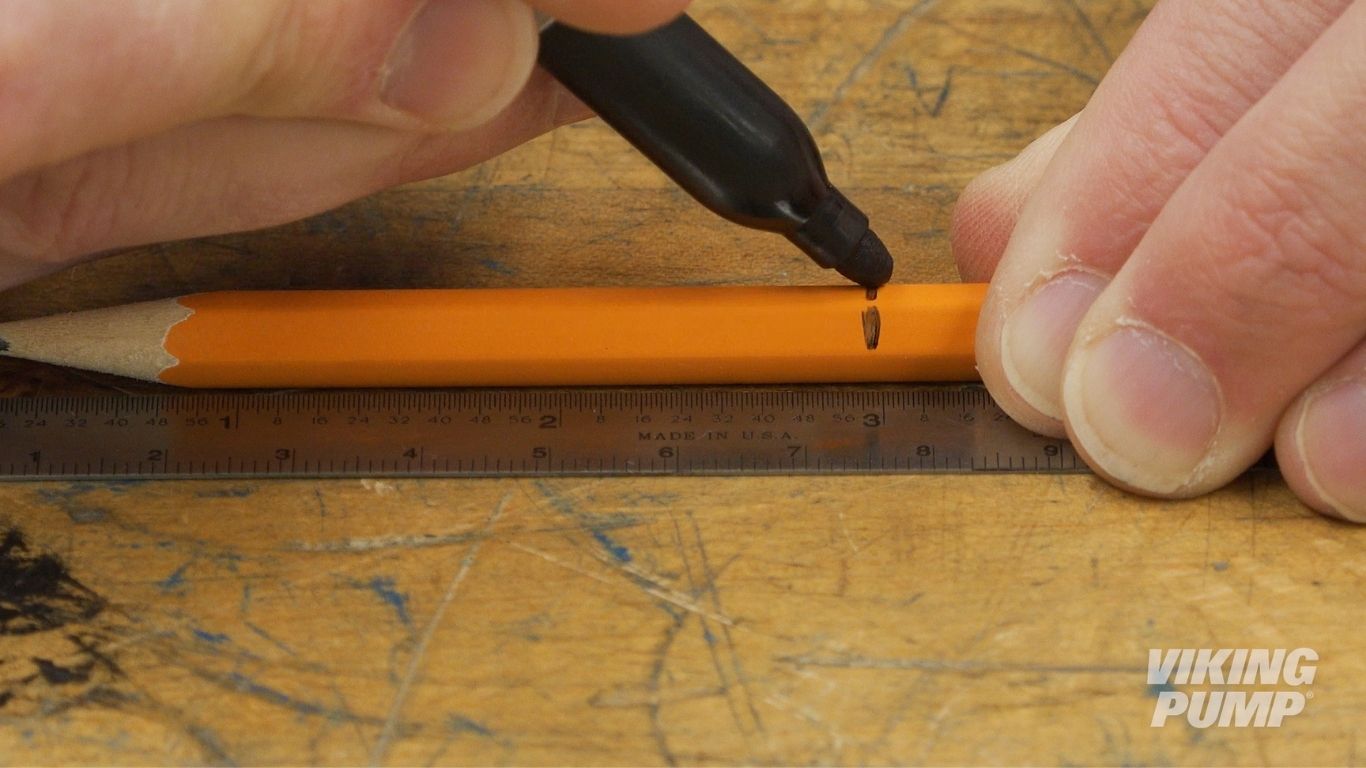 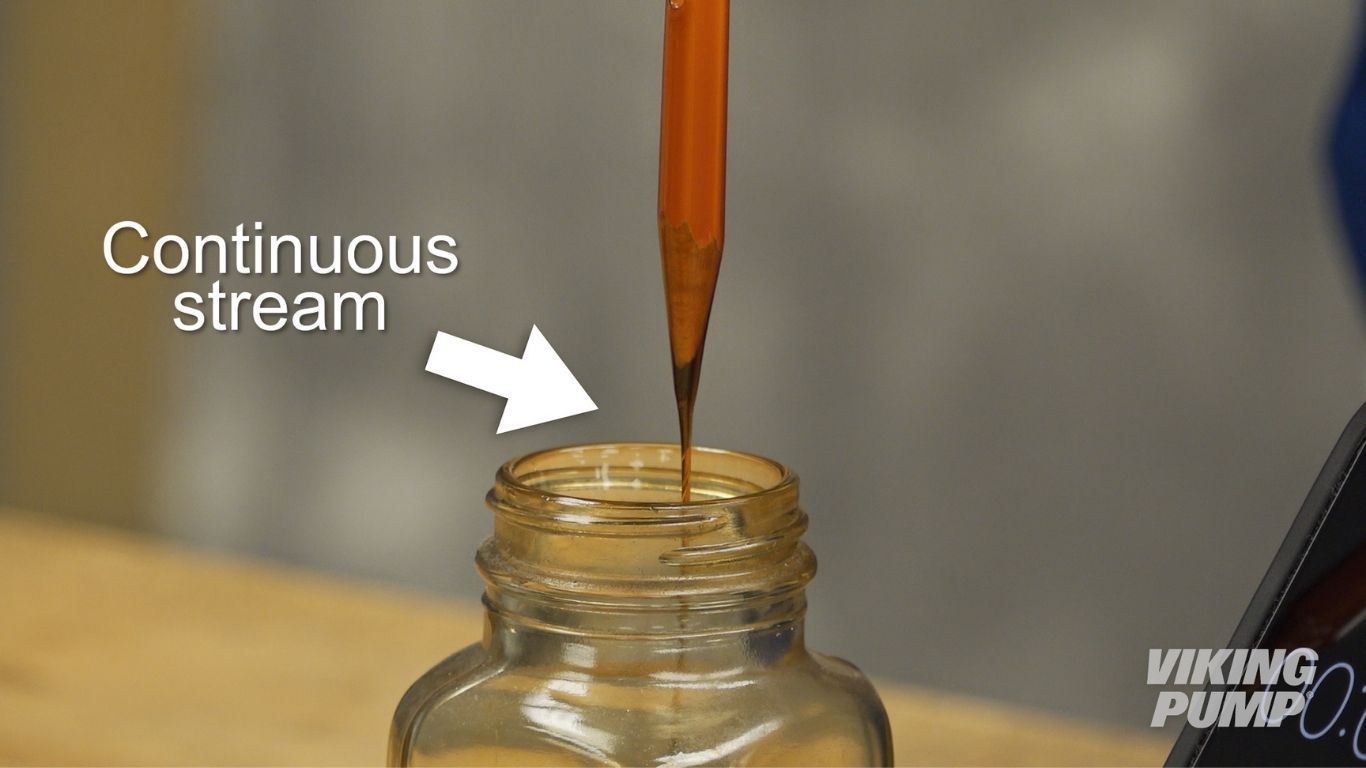 STEP 2: Submerge the pencil in the liquid, sharpened end first, up to this line.
Image 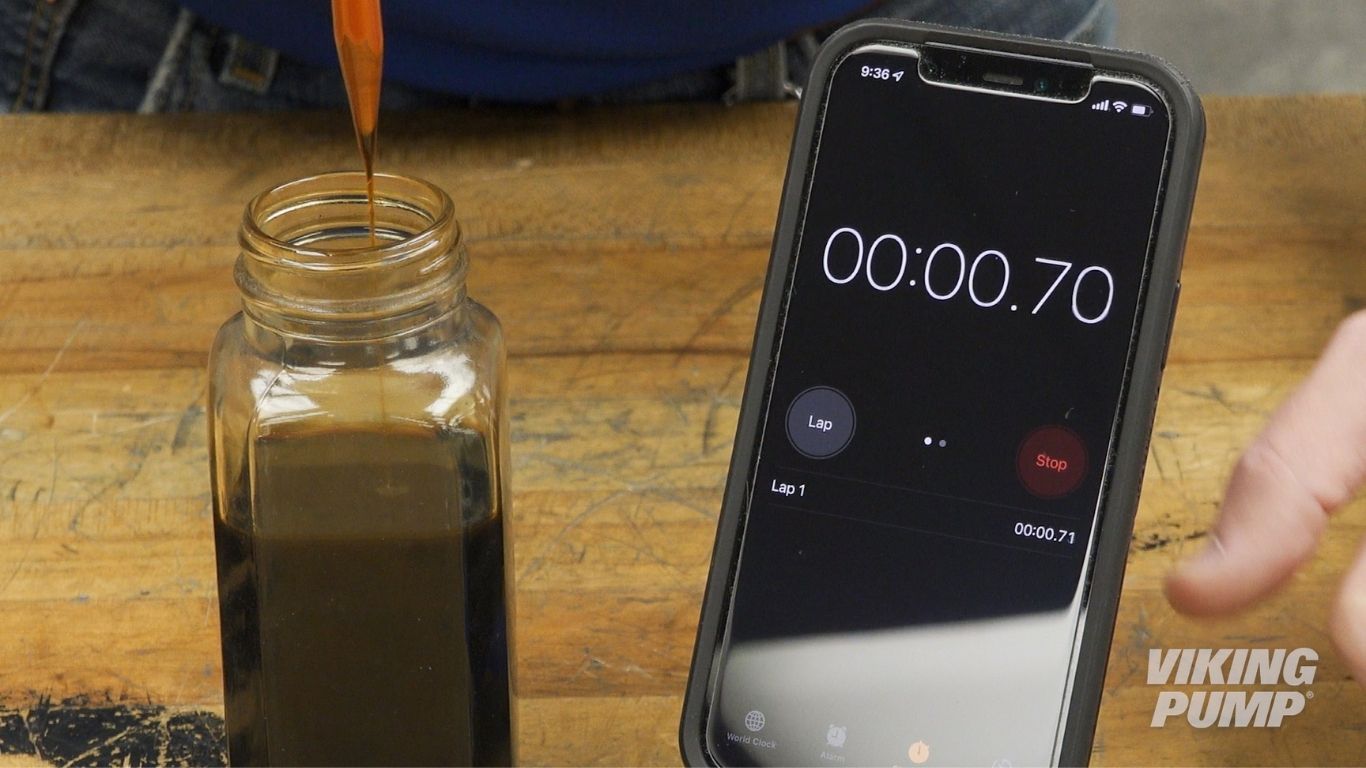 STEP 3: Pull the pencil out of the liquid and immediately start a timer.
Image 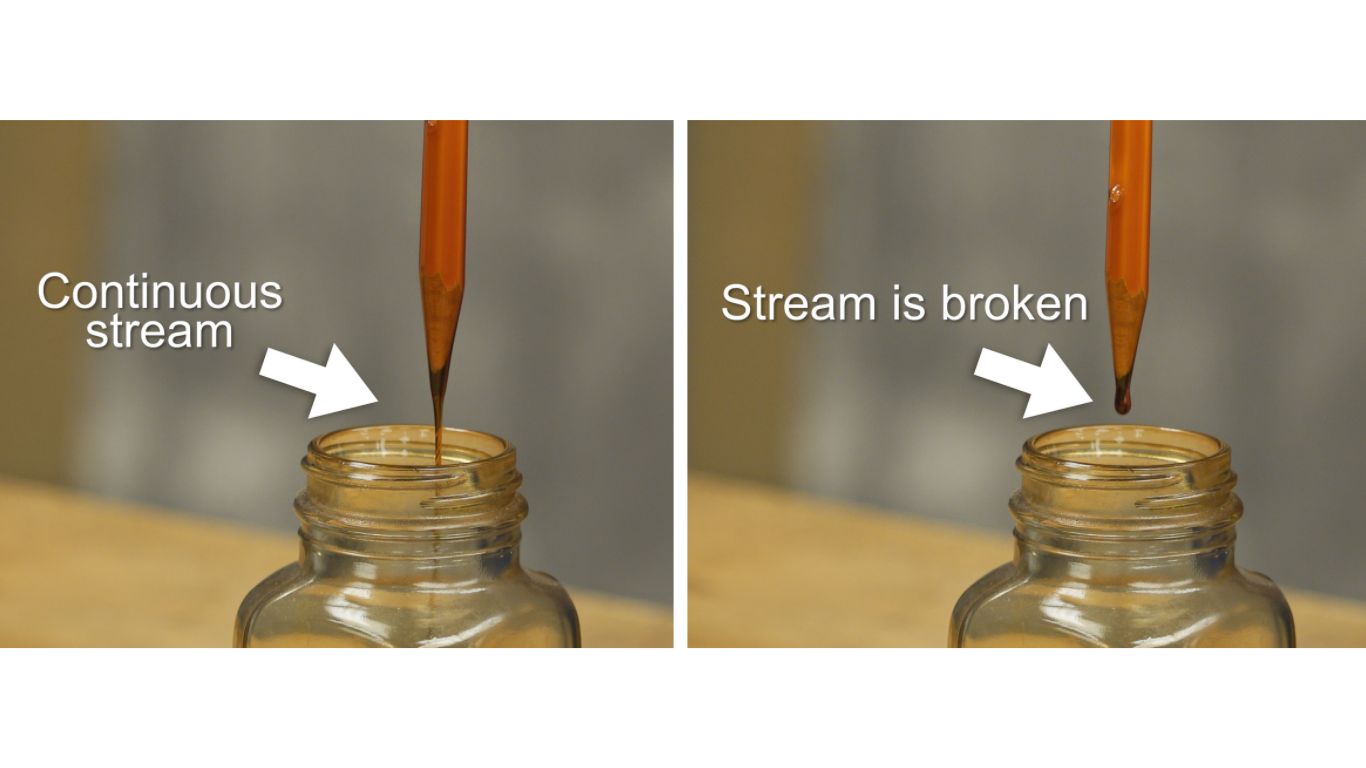 STEP 4: Liquid will flow along the pencil and into the container as a continuous stream. When the stream breaks and droplets form, stop the timer.
Image 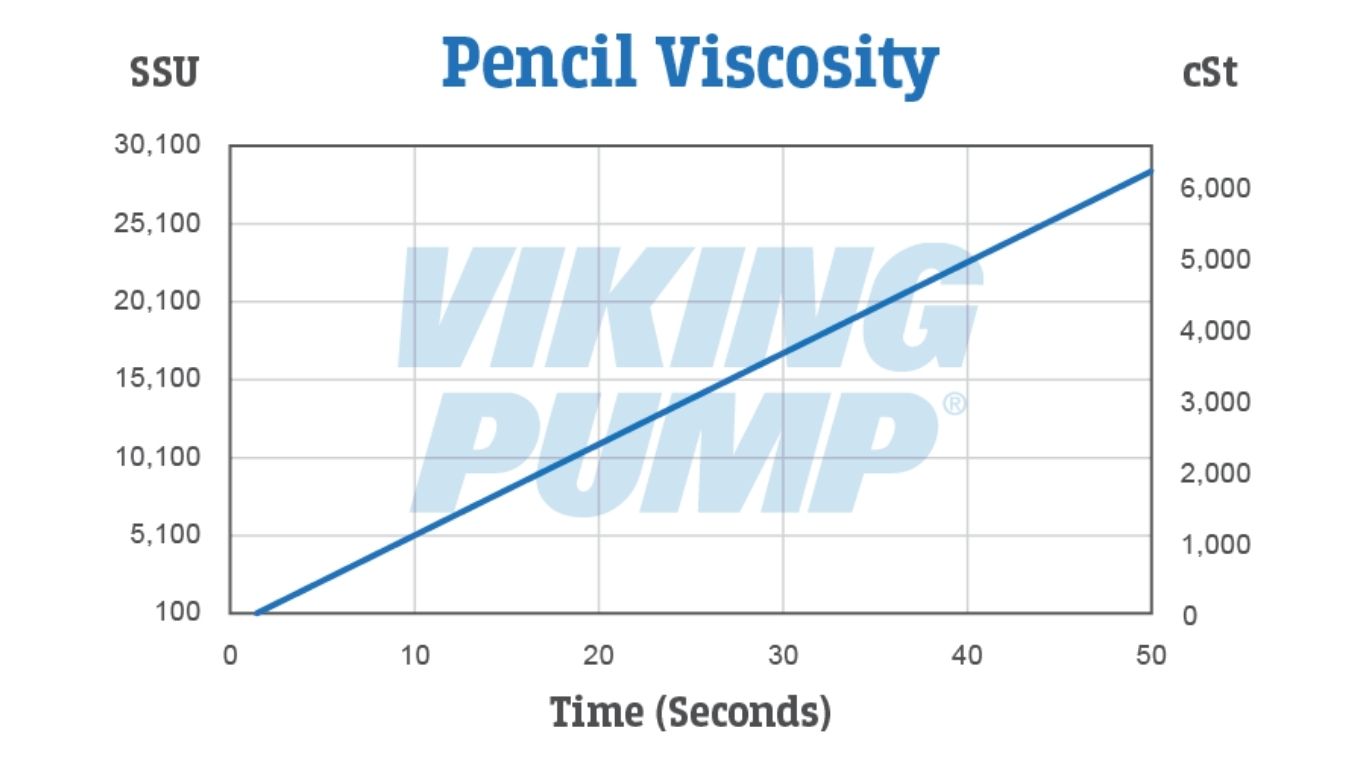 STEP 5: Compare this time value to the viscosity chart

DISCLAIMER: This method works best for viscosities between 100 and 7500 cSt. Your best and most accurate measurements will be made with a viscometer, but in lieu of that these methods allow for an estimate to be established.

No matter which method of measurement is used it’s important to take system variables and their effects into consideration before selecting and sizing a pump.

System Variables and Their Effect on Viscosity

Let’s go back to our kitchen example from before. Anyone who’s ever applied heat to oil, syrup, or sauce knows the effect this has on viscosity. With very rare exceptions, a liquid’s viscosity varies inversely with temperature. The lower the temperature, the higher the viscosity. This means that usually a liquid’s viscosity isn’t a set value, but rather a range. Keeping liquid’s indoors and in temperature-controlled environments will narrow that range, but it’s still important to consider what the maximum and minimum viscosity will be for a pumping application.

Another variable to consider is shear. For some liquids shear has no effect. These liquids are classified as Newtonian liquids. A common example is water. If you measure the viscosity of water before and after vigorous stirring, you’ll find that the viscosity is the same, independent of shear.

For other liquids shear can alter the viscosity. These liquids are classified as non-Newtonian liquids. A common example is ketchup, which is a non-Newtonian, shear-thinning liquid. Stationary in the bottle, ketchup behaves like a viscous liquid and doesn’t easily pour. But impart shear by shaking or hitting the bottle and it thins, easily pouring out.

In a pumping systems shear occurs as the liquid moves through pipes, fittings, and the pump itself. Understanding shear and its effects can help in pump selection, sizing, and power consumption calculations.

As a rule of thumb here are the various classes of pumps and where they are applied across a range of viscosities: 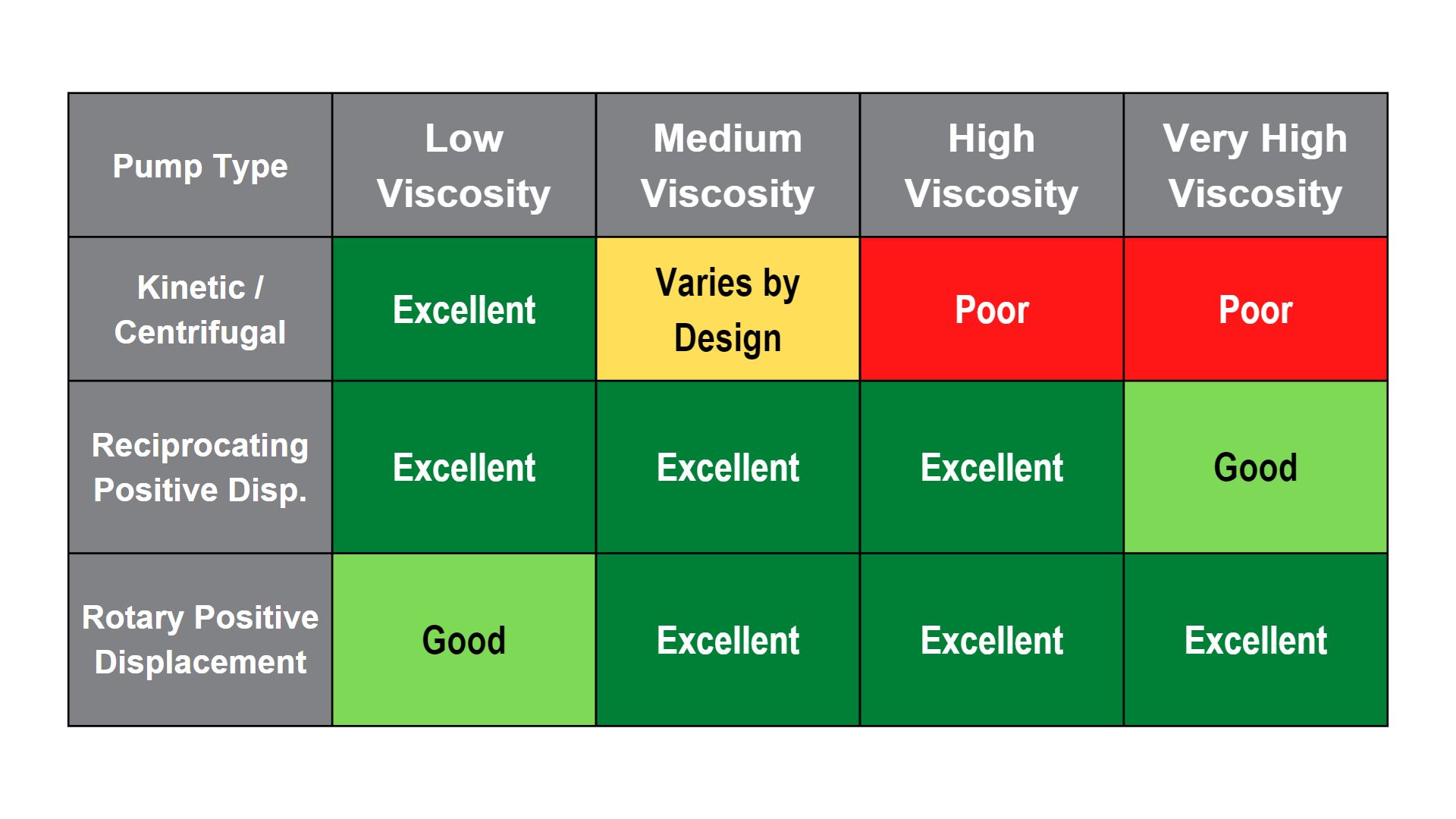 Even with this guide it’s important to ensure that the pump’s construction, seal, and associated drive equipment are appropriate for the range of viscosities to be handled. 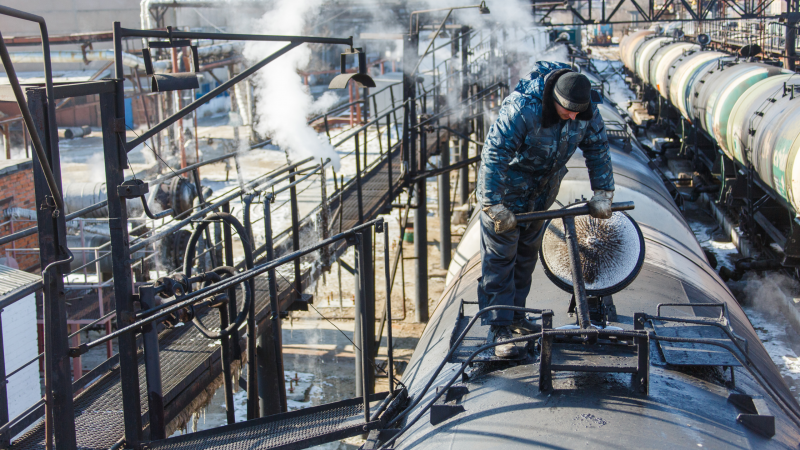 In the world of gear pumps, it is common to have liquid handling applications where pressure and vacuum are of concern. So, we wanted to share our perspective and recommendations, to help with making pump choices and decisions for the various pressure and/or vacuum scenarios you may encounter.